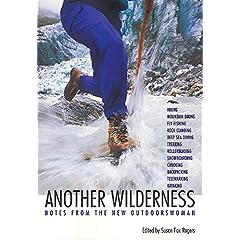 Once, on a canoe trip that turned out to be more vigorous than some of the trippers were prepared for, when we finally got to the end of a long portage I was asked something along the lines of “how can anyone keep going like this?” And without thinking I said, you put one foot in front of the other, and then do it again. I’m sure the only reason I didn’t get punched is that nobody had the energy to take a good swing.

But that is what I do on nasty portages, the ones that get so bad you can’t sing, not even Stan Rogers songs: focus on one foot. Then the other. Then again. And again. I divide the task at hand into its smallest possible components — steps — and then focus 100% on each step. It helps to have a canoe on your shoulders so you can’t actually see anything other than the ground. Letting your mind wander to the pain in your left shoulder and is it worse than the sunburn on your thighs, and have you gone 1200m now or maybe 1300 which leaves 1500 no 1400, and how much exactly would you pay for a cold beer right this second, and is that another @#$%$ mosquito or just my ears buzzing? That way lies intense misery. (My way is intensely miserable too, but the misery comes in shorter moments and then you’re on to the next bit.)

This is the sort of collection that makes you want to go out and do something like that. Even if you have good clear memories of serious portage pain. It’s not all sweetness and glory in this book; a bunch of the accounts talk about struggles. A few deal with injury and death. For the most part, though, these writers excel at making whatever they’re doing sound actually do-able by normal people.

I’m a lazy tripper these days and am happy to lie about sunning myself on chunks of Canadian Shield after a whole two hours in the boat, but I read this stuff and it reminds that the hard stuff is great fun too, in its own way.